By drewtri on April 4, 2018 in Uncategorized 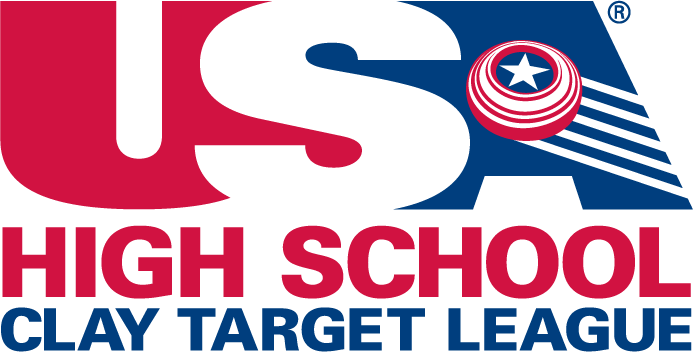 High Schools in Colorado, Utah, South Carolina, Missouri, and Washington joined the League this spring, bringing the total number of League-affiliated state programs to 20. Participating students are guided by more than 6,200 volunteers who serve as coaches, range safety officers, and additional support.

The League’s co-ed and adaptive nature are key attractions to high schools nationwide. The League is fully Title IX compliant with both male and female athletes competing on the same team. Additionally it’s an ‘adaptive’ sport, which allows students with physical disabilities to take part.

“We take pride in that athletes of all types are able to participate in clay target shooting,” John Nelson, Vice President of the USAHSCTL, remarked. “The League’s True Team® scoring system is designed so that everyone’s score matters, not just the top shooters on a team.”

The League is the safest sport in high school, with not one reported injury since the inception of the League in 2001. To participate in the League, each team must have the approval of their school’s administration. The League is the only 100% school-approved clay target shooting sport program in America. 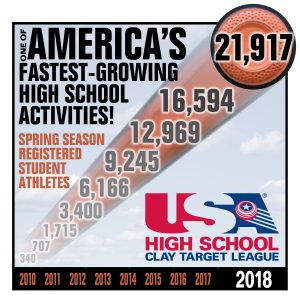 The League attracts student athletes to participate in shooting sports while creating a ‘virtual’ competition among high school teams throughout each state. Family travel is minimal because practice and competition are conducted at a shooting range near the school’s location. Conferences are determined by team size rather than geographic location for fair competition. Athletes earn True Team® scoring points as determined by their performance and ranking against all athlete scores within their team’s conference. The team score and overall standing are calculated by adding the earned points from qualifying athletes and posted on the League’s website. Athletes and their families track their individual and team performance on their phone, tablet or computer via the Shooter Performance Tracker®.

The USA High School Clay Target League is a 501(c)(3) non-profit organization and operates affiliate State High School Clay Target Leagues as the independent provider of shooting sports as an extracurricular co-ed and adaptive activity for high schools and students in grades six through 12 who have earned League-approved firearm safety certification. The organization’s priorities are safety, fun, and marksmanship – in that order.